CIRDDOC as an Implementing Partner to UNFPA is funded under the UNFPA/UNICEF Joint Donor Program on the Abandonment of FGM.   The project is aimed at achieving the abandonment of FGM in Nigeria especially in the focal states including Ebonyi and Imo. CIRDDOC working with its downstream partners (Community and Youth Development Initiatives (CYDI), Community Women and Society Initiative (CWSI) and Development Dynamics otherwise known as Sub-IPs under the project has trained law enforcement agencies and the judiciary to enhance understanding, implementation and enforcement of FGM legislations in their states. The trained law enforcement agencies and the judiciary are linked with the Community Based Surveillance Committee.  The Committee is charged with the responsibility of monitoring, documenting and reporting cases of FGM to the appropriate authorities for necessary action. CIRDDOC also trained Champions to End FGM whose responsibility is to conduct door to door household discussions and to facilitate discussions with community groups for the abandonment of FGM especially in the hinterlands.

The project sensitises the traditional leaders as well as engages the religious bodies and organisations to lead the anti-FGM crusade at different levels.

Other activities in the project include life skills-based education for in and out of school girls under the age of 18 with a focus on empowering them to resist and denounce FGM; establish a male coalition advocating for the elimination of FGM at LGA level; and consensus building and public declarations of FGM abandonment. 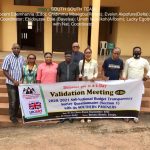 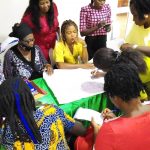