Participants were drawn from thirteen communities in Ohaji/Egbema LGA of the state.

The meeting was organized amidst the Covid 19 protocol.

The consensus-building meeting was aimed at engaging community leaders and religious leaders to voluntarily accept to publicly declare the abandonment of FGM.

The Executive Secretary of CIRDDOC Onyinye Okaah while addressing participants at the meeting, condemned the barbaric act which endangers the lives of women and girls.

According to her, FGM contravenes the right to freedom from torture and inhuman treatment. She highlighted the dangers associated with the practice and enjoined stakeholders to desist from the act.

The representative of the Imo State Ministry of Health Mr. Ikechukwu Amagwula thanked CIRDDOC and UNFPA for their collaborative efforts to end the practice of FGM in Imo State.

And commended the stakeholders for embracing the opportunity to gather more knowledge on harmful practices against women and girls and stop it.

Mr. Amagwula acknowledged the consequences of FGM including causing women to bleed to death, depriving t&em, sexual urge thereby bring problems to the family, exposure to infectious diseases, and advised participants to ensure the elimination of all forms of Gender-Based Violence including FGM Is embraced in the area.

Mr. George Amakihe of Imo state Ministry of Finance and Economic Development on his part commended the organizers for the timely intervention which aims at enhancing the well-being of the people of Imo state and Ohaji Egbema to be precise.

Correspondent reports that with the development, CIRDDOC with support from UNFPA will organize a public declaration on the elimination of FGM for the thirteen communities. 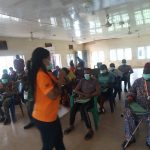 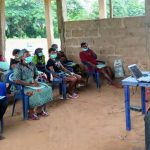