A traditional leader in the Izzi council area of Ebonyi state, HRH Eze Boniface Nwoba, Friday, September 24th, said that gender-based violence such as child marriage, and female genital mutilation practices are now forbidden in Izzi Nnodo, adding that anyone caught in the act will be prosecuted according to the community bylaw against gender-based violence.

He made this known during mobilization and sensitization for traditional leaders on the elimination of Harmful Social Norms around GBV, Child Marriage, and FGM in Ebonyi an event organized by the Civil Resource Development and Documentation Center (CIRDDOC) with support from the EU-UN Spotlight Initiative.

The Executive Secretary of CIRDDOC, Onyinye Okaah in her presentation said harmful practices pertain ill to behaviors and practices which are harmful to people’s physical and mental health. It is also against the rights of people to live free from harm, oppression, discrimination, and violence.

That it was in a bid to eliminate these practices, that the Civil Resource Development and Documentation Centre (CIRDDOC) with support from the EU – UN Spotlight Initiative project organized community mobilization and sensitization for traditional leaders on the elimination of harmful social norms around GBV, Child Marriage and FGM.

The intervention which was carried out in four batches witnessed participants from twelve selected communities in four LGAs of Ebonyi state.

Representative of UNFPA, and Project support officer spotlight initiative in Ebonyi Mr. Benedict Essong thanked the community members for availing CIRDDOC the opportunity to interact with them.

He pointed out that the t EU – UN Spotlight Initiative aims at building a society where women and girls can effectively communicate with their male counterparts without discrimination and violence. Mr. Essong urged participants to join hands together to achieve this ultimate goal thereby ensuring that the rights of women and girls are protected.

Representatives of the Ebonyi State Ministry of Education, Mrs. Cecilia Nkama said that gender-based violence is a practice that must be stopped and added that all hands should be on deck to ensure that the lives of our loved ones are preserved. Mrs. Nkama thereafter reiterated the purpose of the community mobilization which is to strategize on the effective ways of ending all forms of violence against women and girls.

Chief Okorie Eugene Sunday, the Traditional Prime Minister of Igboeze Onicha community in Onicha LGA, commended CIRDDOC and the EU–UN Spotlight Initiative for carrying out the intervention. He assured participants that the traditional ruler’s council will work with CIRDDOC to achieve the goal of the project.

On his part, the traditional prime minister of the Okposi community, Chief Irema Israel Ogbonna commended the CIRDDOC team for their relentless efforts in ensuring the elimination of all practices that work against the well-being of women and girls. He assured the team of their support for the successful completion of the project.

Comrade Edigwe Alphonsus of Amana autonomous community in Ezza South LGA condemned the high prevalence rate of child marriage in their area and stated that the intervention was timely. He pledged to use his position in the community to sensitize people on the dangers of harmful practices. 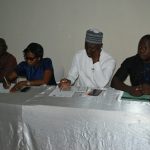 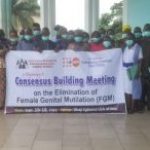