The Strengthening Campaign to End FGM/C is a 2-year (2020-2022) AmplifyChange funded project led by Civil Resource Development and Documentation Centre (CIRDDOC) in collaboration with the Coalition of Eastern Non-Governmental Organizations (CENGOS). The CIRDDOC project focused on providing integrated quality and evidence-based information to benefitting communities about the dangers of Female Genital Mutilation or Cutting (FGM/C), with a view to discouraging persons and communities from continuing to practice the tradition, but rather to support its total ban. The strategies used for this project implementation were primarily a media mix. The media mix included interpersonal channels, broadcast channels, and print channels. The interpersonal channels used were face-to-face communication, community distribution (townhall meetings), home visits, training, group discussions and counseling. The broadcast channels employed was radio. The print channels relied upon to complement the media mix was the use of flyers and pamphlets. The media mix used enabled the communicators to reach many people many times within the stipulated time frame to supply the appropriate information in an understandable form for each target audience.

Beneficiary households received communication interventions aimed at improving the peoples’ knowledge and understanding about FGM/C and the dangers inherent in the traditional practice. Improved knowledge and understanding helped the beneficiaries take informed decisions about FGM/C and led to a change of their attitude and behaviour towards the practice.  The intervention also provided training and capacity building to a large array of partners and allies, including traditional rulers, traditional birth attendants/circumcisers, health workers, FGM/C survivors as champions, state legislators, the judiciary, the media, and a host of others, who now constituted a formidable vanguard against FGM/C. To the communication interventions, the project added skills acquisition and economic empowerment to enable the circumcisers and FGM/C survivors rehabilitate and remain committed and sustainable vanguards against FGM/C within their own communities. As the project closeout, CIRDDOC commissioned an external evaluator to assess project impact. For full project impact assessment report

About ten percent of the global totals of genitally mutilated women are Nigerians. That is, one in every ten mutilated women in the world is a Nigerian1. One in four women of child bearing age (WCBA, 15-49 years) in Nigeria has been mutilated. About half of Nigeria’s population is under the age of 18 and an estimated eighty million of the females among them are considered vulnerable and at the risk of female genital mutilation/cutting. Twenty percent of the females are circumcised, 86% of the circumcision occurring before age 5 years, while 5% were circumcised at age below 5 years2.

Female Genital Mutilation (FGM), also known as female genital cutting is defined by the World Health Organization (WHO) as any procedure that involves partial or total removal of the external genitalia and/or injury to the female genital organs whether for cultural or any other non-therapeutic reasons3. FGM/C widely recognized as a violation of human rights, is deeply rooted in beliefs and perceptions over decades and generations. In May 2015, the Federal Government of Nigeria passed the Violence Against Persons Prohibition Act 2015 (VAPP), a law banning FGM and other harmful traditional practices; however, this legislation applied only to the Federal Capital Territory (FTC) of Abuja. As at 2022, 29 states have adopted or domesticated the law. In addition to FGM/C, Nigeria’s female (and male) children suffer many other vulnerabilities, including poverty, gender inequality, child labour, domestic and sexual violence and exploitation, insufficient food, orphanhood, inadequate legal protection, poor access to social, education and health services, including HIV/AIDS and maternal mortality.

South-east and South-West Nigeria have disproportionate burden of FGM/C (South-east=35%; South-west=30% prevalence)2. The NDHS further reveals that in the South-east, the distribution of FGM/C is as follows: Imo (61.7%); Ebonyi (53.2%); Enugu (25.3%); Anambra (21.4%) and Abia (12%). The factors that enable high prevalence of FGM/C in these states include tradition, a history of single parenthood and broken homes. In spite of its gravity as an abuse of human rights of the victims, the practicing communities still cling to the act as an integral part of their cultural identity and customs of rites of passage of girls to adulthood.

It was this concern that led AmplifyChange to support CIRDDOC and CENGOS with funds to address this rights abuse through Strengthening Campaign to End FGM/C in both states. CIRDDOC and CENGOs Strengthening Campaign to End FGM/C program activities supported states and communities to improve the quality of life of traditional circumcisers and FGM/C survivors through household economic empowerment and alternative sources of income, and the improvement science method. Improvement science is about finding out how to improve and make changes in a most effective way. It is about systematically examining the methods and facts that best work to facilitate quality improvement. The CIRDDOC project focused on providing quality, correct, evidence-based, verified and scientific information about FGM/C and using mass communication approaches which reached the greatest number of targeted audiences at the most cost-effective rate.

As the project closed out, an end of project evaluation was necessary to assess project impact and document lessons learned.

The CIRDDOC project interventions were provided through two main approaches namely direct implementation by CIRDDOC and her CENGOS partners and use of media organizations. The project interventions took place in six LGAs (Abakaliki, Afikpo North and Ebonyi in Ebonyi State; and Ikeduru, Ohaji-Egbema, and Orlu in Imo state).

The CIRDDOC project provided the following services across intervention states:

Mass education and re-orientation: Millions of people were reached in Ebonyi and Imo states with information on FGM/C through radio jingles and radio phone-in discussion programs. The project also provided FGM/C information through the use of infographic flyers and posters. Adolescents/school students participated in essay competition and gained knowledge on FGM/C to re-orientate and transform the wrong knowledge, attitudes and practices they had imbibed regarding FGM/C while growing up.

Household FGM/C education: Regular home visits by trained community educators and volunteers with messages to inform on the dangers of FGM/C and advocate household heads and parents to reject cultural leanings that support FGM/C.

In the context of the project objectives, the project recorded the following achievements in the specific thematic areas:

1. Relevance: The project was relevant as its objectives actually addressed the needs of the beneficiaries: such needs as right knowledge about FGM/C; skills for advocacy, empowerment for formation of partnership for advocacy and movement building, and economic empowerment for sustainability. The project also addressed the human rights needs of primary beneficiaries – women and girls. The project design was articulated in a coherent structure, starting with capacity building for advocacy and partnership formation, training of different strata of partners, radio and other media interventions, and economic empowerment of beneficiaries. Each project activity systematically fed into the other.

2. Effectiveness: The project was highly effective as most indicators were met, and some exceeded expectations. The well selected mix of intervention methods, and the articulated way where one method emptied into the other was the strength of the project. A traditional ruler from Ebonyi who was part of CIRDDOC/CENGOS 2-day training and who also was a guest at the radio phone-in program mused:

“Our two-day training at Enugu on FGM/C opened our eyes and to the falsehood which coated FGM practice as a harmless rite of passage for our daughters. For me, like wise most of my fellow traditional rulers, it became clear that any further support in favour of FGM/C is a crime against our own daughters and women. Our minds were made and we became champions against FGM/C”.

Another Traditional ruler from Imo averred:

“As a custodian of my people’s tradition, I never believed I could renounce the tradition of female cutting. But after our training at Enugu and follow-up with radio jingles and phone-in discussion in the radio houses, it became clear that CIRDDOC was right and our tradition about FGM/C was wrong. I willingly volunteered to support all efforts targeted at eliminating the “evil” called female circumcision”.

‘The whole world cannot be wrong, and only us are claiming to be right in our conceit because of tradition. The whole world is advancing and we are here clinging to a mean tradition that retards development. Let me catch anyone practicing this dreadful act and I will ensure he or she goes in for it”

“This project has added so much quality to our women and girls as they will no longer be passing through unnecessary pains and bleedings which often leads to untimely death. The project has also impacted on us, females, that we have a right to say ‘No’ to FGM/C, a decision we initially thought was impossible.” 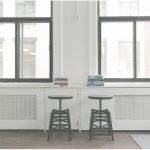 CIRDDOC IS RECRUITING: A CONSULTANT FOR A STUDY ON IMPACT OF COVID-19 ON WOMENUncategorized